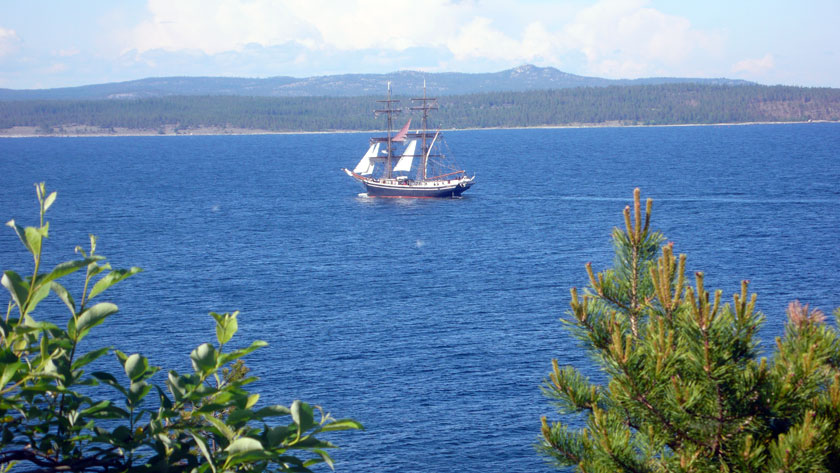 Härnösand was early on a town with an important harbor. Boats and ships came from all over the world and stayed at the harbor. Since the 1800s in Sweden, ships are required to be guided by a pilot when arriving at a harbor.

In 1779 the pilot guard was established to pilot the incoming boats going to the Harnösand harbor or the Ångermanland river. In 1795, the first pilot-station was built. In the middle of the 1800s, it was replaced by a red painted timber building at the current location. Since then it's been rebuilt on numerous occasions.

In 1974 the pilot operation was discontinued. The coastguard then established their controll centre at the current location. In 1991 Lotsstugan was remodeled to a conference facility.

In 2002 Lotsstugan was bought by the architect-couple Annika Höök and Göran Nivfors. The house was remodelled again and more advanced AV-equipment was installed.

In 2003 the outdoor enviroment